HEALTHY FOOD IS ALL ABOUT WILL’S POWER

HEALTHY FOOD IS ALL ABOUT WILL’S POWER

There are certain times of the year when abstinence is required. Obviously the dark depths of January when the turkey’s rotundity has been transferred to that of its jubilant captors, which I like to think is this festive fowl’s final revenge. And then there’s late August when an entire summer of carnivorous barbecued food, ice creams, rose and cold lager has taken its toll.

Take away the stresses of work and replace them with a pool, beach, or even a sodden tent and you are left with lots of spare time to snack, chat, eat and drink, and what have you got? Excessiveness. Which, although wonderful at the time, does rather hang around afterwards in more ways than one.

In the aftermath I always wonder whether it was worth it, as the virtues of miso broth or the cabbage soup diet are thrust upon us. Who wants to eat carbs-only, fast, munch after 6pm or become vegan during the day? I can’t be doing with any of it.

So in my quest for healthy food my feet turned and walked themselves to St Giles where Will’s Deli is doing a roaring trade and proving the days of Cranks-style food and its mung beans and hemp jumper associations are long gone.

The queue outside speaks for itself, and if you manage to secure a table, the bustling atmosphere and eclectic clientele refute any old-fashioned notions about healthy food being boring. The counter groans with colours, flavours, exotic ingredients, inspired dishes and a global recipe book Jamie Oliver would spit-roast himself for.

Getting there early is the key to nabbing a table if you want lunch, so we arrived bang on the chimes of noon, when the scattering of customers enjoying elevenses and late breakfasts were beginning to thin out, and the deli was preparing for another break-neck successful day.

Anyone who’s been to the Alpha Bar in the Covered Market will know what to expect.

Owned by Will Pouget, Baron Pouget’s son, and he of the St Mary’s Vaults Café, the same array of salads and dishes are supplied to both. Will’s took over the deli from his father recently (formerly the Woodstock Road Deli) which has the advantage over the Alpha Bar of seating and a shop, so you can buy what’s on offer and dine in-house.

The deli-style decorated premises is full of books, wonderful produce and colourful people. In fact, the people-watching alone is worth the trip. A fervent discussion about physical theories was being undertaken at one table while a couple of older ladies nattered at another about what they’d bought in the sales. But most of our attention was taken up by trying to work out the format.

You can have three salads of your choice, plus a staple, with seeds, dips and sauces thrown in for good measure, or skip the staple (mackerel, falafel or goat’s cheese), and go for salad gold. Hot dishes are also available, a lamb tagine, Mediterranean stew and Thai curry on offer when we visited.

To save the poor staff from going over and over the salad options some little signs would have been useful, but otherwise it’s an easy enough transaction, if fairly slow.

It being a beautiful sunny day we opted for the salads, piling a succulent red quinoa, puy lentil and beetroot and a roasted potato, squash and celeriac concoction on to my plate. There was a green veg salad, some roasted vegetables, a leaf salad, ratatouille and a Greek bean gigantes to opt from as well. Choosing is the hardest bit, and most people take their prized choices away in little New York-style brown boxes to eat in the parks or the depths of their studies.

We weren’t going anywhere fast though because out of the corner of our eyes the cakes hadn’t gone unnoticed, crying out to be3 tried with a good cup of coffee and we succumbed immediately, like Jordan at the altar. I know that cakes aren’t known for their slimming qualities, but eggs and sugar must factor on some new faddy diet somewhere. Atkins?

The coffee and walnut cake was quite something but the carrot cake defied belief and was enough to tip me over the edge and dedicate myself entirely to this new style of healthy eating. In fact, when we paid our ridiculously good value bill of £20.90 for two, I literally floated outside. Walking back to the office I felt as if I was glowing, so many nutrients and goodness had been packed in, in just one sitting.

So if this is healthy, I’m there, cake or no cake.

Will’s Deli
15 Woodstock Road,
Oxford, OX2 6HA
01865 316228
willsdeli.co.uk
Opening times: Monday to Sunday 8am till 5pm
Parking: St Giles – you must be joking. Walk or get the bus.
Key personnel: Will Pouget
Make sure you try the… Oxford Sauce which you can buy in the deli there, made by Baron Pouget himself. Brown sauce will never be the same again!
In ten words: Who knew that eating healthily could be this much fun? 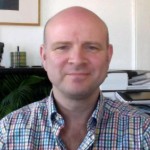